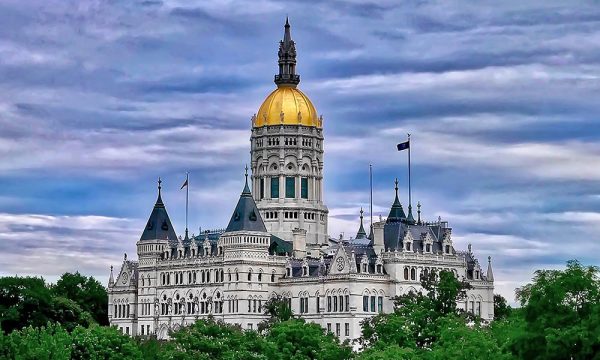 Connecticut Gov. Ned Lamont announced on Sunday that the state has expunged nearly 43,000 convictions for marijuana-related offenses. The cannabis convictions were cleared under Connecticut’s marijuana legalization bill, which Lamont signed into law in June 2021.

“As of this morning, our administration has marked 42,964 cannabis convictions erased, as planned,” Lamont tweeted on January 1. “It’s one step forward in ending the War on Drugs and giving our citizens a second chance to achieve their dreams.”

The announcement came less than two weeks before the launch of regulated sales, which are scheduled to commence in the state on January 10. Lamont noted in December that Connecticut’s cannabis legalization statute grants the state the authority to issue mass clemency for marijuana-related offenses. Under the plan announced at the time, all convictions for cannabis possession of less than four ounces recorded between January 1, 2000 and September 30, 2015, will be automatically cleared, requiring no action from affected individuals.

“On January 1, thousands of people in Connecticut will have low-level cannabis convictions automatically erased due to the cannabis legalization bill we enacted last year,” Lamont said in a statement on December 6. “Especially as Connecticut employers seek to fill hundreds of thousands of job openings, an old conviction for low-level cannabis possession should not hold someone back from pursuing their career, housing, professional, and educational aspirations.”

Those with other minor marijuana-related convictions including possession of less than four ounces of marijuana imposed before January 1, 2000, and between October 1, 2015, and June 30, 2021, and possession of marijuana paraphernalia can petition the court to have their records cleared. Convictions prior to July 1, 2021, for “manufacturing, selling, possessing with intent to sell, or giving or administering to another person a cannabis-type substance and the amount involved was under four ounces or six plants grown inside a person’s home for personal use,” are also eligible for relief from the court.

The pardons in Connecticut follow an executive order from President Joseph Biden in October pardoning all federal convictions for simple marijuana possession. The president’s pardons will affect about 6,500 people who were convicted of marijuana possession under federal law and thousands more in the District of Columbia, according to a report from The New York Times. At the time, the president also called on the nation’s governors to take similar action at the state level and directed the heads of the Department of Health and Human Services and the Justice Department to review the federal government’s listing of cannabis as a Schedule 1 drug under the Controlled Substances Act.

“As I often said during my campaign for President, no one should be in jail just for using or possessing marijuana. Sending people to prison for possessing marijuana has upended too many lives and incarcerated people for conduct that many states no longer prohibit,” Biden said in a statement on October 6. “Criminal records for marijuana possession have also imposed needless barriers to employment, housing, and educational opportunities. And while white and Black and brown people use marijuana at similar rates, Black and brown people have been arrested, prosecuted, and convicted at disproportionate rates.”

Biden also late last month pardoned Edward Lincoln De Coito III, a 50-year-old decorated Army veteran who served a year in prison after pleading guilty to marijuana trafficking charges when he was 23 years old. At the same time, the president pardoned John Dix Nock III, a 72-year-old man “who pleaded guilty to one count of renting, as an owner, a place for the purpose of manufacturing marijuana plants,” according to a statement from the White House.

Following Biden’s announcement, Oregon Gov. Kate Brown granted nearly 50,000 pardons for marijuana-related offenses. The governors of Kentucky and North Carolina, where marijuana has not yet been legalized, called on lawmakers in their states to take action on cannabis policy reform, according to a report from Marijuana Moment.

The National Organization for the Reform of Marijuana Laws (NORML) noted in a statement that 24 states have now enacted legislation with provisions to provide relief for past cannabis convictions. Publicly available data compiled by NORML shows that state and local officials have issued over 100,000 pardons and more than 1.7 million marijuana-related expungements since 2018.

“Hundreds of thousands of Americans unduly carry the burden and stigma of a past conviction for behavior that most Americans, and a growing number of states, no longer consider to be a crime,” NORML deputy director Paul Armentano said in a statement from the cannabis reform advocacy group. “Our sense of justice and our principles of fairness demand that public officials and the courts move swiftly to right the past wrongs of cannabis prohibition and criminalization.”