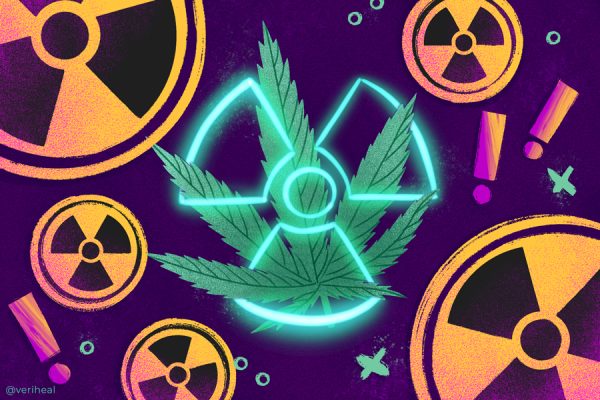 Cannabis prohibition is doing more than just creating a barricade between consumers and safe products. According to a new study titled “What’s in Your Gummy? State Cannabis Contaminant Rules Vary Widely,” consumers have little choice but to purchase contaminated cannabis products.

The study, which explored the prevalence of certain contaminants in lab-tested cannabis, took place over one year. Led by Dr. Maxwell C.K. Leung at Arizona State University, the study explored differences in the approach to contaminants across legal cannabis states.

Dr. Maxwell’s team also collected data contained in samples sourced from California. After a close analysis of the data, the team determined that an absence of consistent federal guidelines regarding marijuana contaminants ultimately increases the risk of consumers developing health issues.

Although marijuana is federally unregulated, agencies have tried to prevent contamination since the hemp crop was legalized under the 2018 Farm Bill. Nonetheless, the recent study’s findings suggest that more needs to be done to prevent the pollution of cannabis products.

Cannabis’ Illegal Status Is Throwing Regulations to the Sidelines

The Schedule I status attached to cannabis means that it is still a controlled substance under federal law. Because of this, it does not fall under the regulatory structure that the Food and Drug Administration (FDA) or U.S. Department of Agriculture (USDA) applies to other legal consumer products.

As a direct effect of cannabis’ federally illegal status, states that have enacted legalization are continuously scampering to find a way of amplifying safety procedures for the marijuana being sold inside their borders.

Dr. Maxwell’s study, which was featured in the Environmental Health Perspectives journal, notes that “the scattershot approach of regulations at the state level can confuse cannabis manufacturers and discourage compliance while subjecting cannabis users to a higher level of contaminant exposure in some jurisdictions.” It also warns that “it is unclear whether the health benefit of cannabis usage outweighs the health risk of exposure to cannabis-borne contaminants” that may be detected in cannabis products under the existing system.

Since cannabis products are being marketed “as alternative options to standard medical treatments,” the issue is particularly worrying. The study states that marketing tactics “can potentially expose susceptible patients to harmful contaminants; however, there is minimal information about the scale of cannabis use in different patient populations.”

Throughout their study, Leung’s team spent time inspecting legal states’ regulations and requirements for cannabis contaminants. They found that state health agencies implemented a broad scope of standards to assess specific contaminants and the threshold at which contaminants become dangerous—a limit referred to as “action levels.” “There was more inconsistency in cannabis-borne contaminant regulation as compared with other agricultural commodities,” wrote the researchers.

In the 36 states that had legalized recreational or medical cannabis use as of May 2022, 679 contaminants were regulated. The list of contaminants includes:

Just 23 of the 36 legal states regulated pesticides, inorganics, solvents, and microbes/mycotoxins, the four main categories of contaminants. Those states also pinpointed each contaminant’s action level. The report goes on to say that cannabis contaminants were regulated in just one, two, or three categories by eight states.

To determine whether or not cannabis products were produced in accordance with state guidelines, testing results were plucked from 3,760 extract samples and 5,654 flower samples at one California testing facility. Their research led them to discover that 5.1% of all cannabis samples failed testing. As per the results, 2.3% failed for flower and 9.2% for extracts.

Taking all of the findings into account, the team emphasized “an urgent need for a unified regulatory approach to mitigate the public health risk of cannabis contamination at a national level” and a “national-level guideline on the contaminant regulations of cannabis.” The guideline, the team says, “should be based on human health risk assessment methodologies consistent with other agricultural and food commodities.”

“With the constraints faced by federal agencies in regulating an illegal Schedule I substance, we think this effort should involve the analytical science community, the medical community, and multi-state trade collaboratives,” it says. “This two-tier approach may provide a science-based solution to mitigate the health hazards of cannabis contaminants in an expanding U.S. cannabis market.”

“Given the existing knowledge gaps regarding cannabis contamination toxicity and exposure, this effort would require federal and state support to advance the toxicological and epidemiological research of cannabis-borne contaminants, particularly in susceptible patient populations with medical conditions,” the study concludes.

The post Exposure to Contaminated Cannabis Products Is Surging Due to Prohibition appeared first on Cannabis Central.