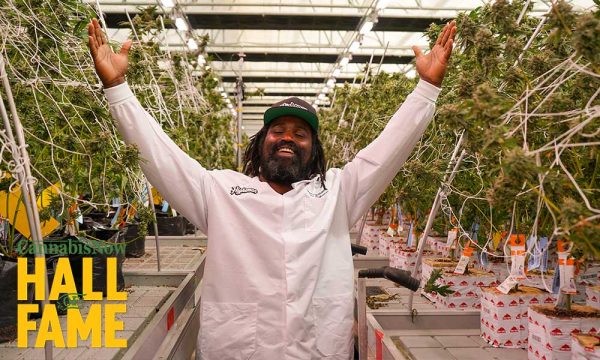 The grandfather of weed and one-half of the most iconic stoner comedy duo in history needs no introduction. READ MORE.

The cannabis advocate and author was dubbed “the father of the legal industry” by the former Speaker of the California Assembly. READ MORE.

The President and CEO of Oaksterdam University provided the model for cannabis reform as the spokesperson for the first statewide legalization initiative, California’s Prop 19. READ MORE.

The father of cannabis research paved the road for scientists to better understand the herb’s immense resource for medical purposes. READ MORE.

The country music outlaw has been an outspoken cannabis advocate for decades—and out-smoked a few notable names. READ MORE.

The author and activist is widely regarded as the world’s leading expert on cannabis cultivation. READ MORE.

The renowned and respected CEO of Advanced Nutrients is as passionate about philanthropy as he is about the cannabis plant. READ MORE.

The founder of NORML has spent much of his professional life working to legalize cannabis. READ MORE.

The retired NFL star has used his platform and extensive experience to change the conversation around cannabis for athletes and patients. READ MORE.

This story was originally published in the print edition of Cannabis Now.