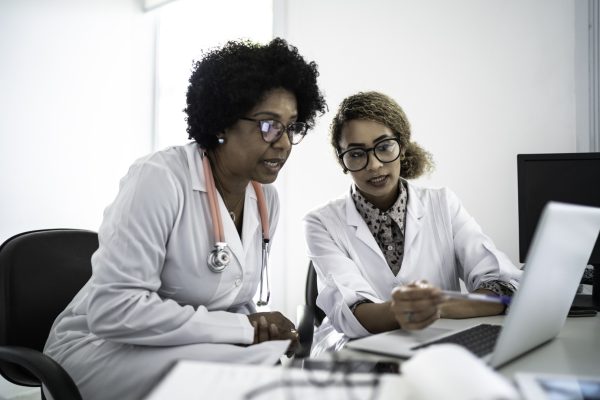 One way to protect doctors, nurses and patients from further spread of illness during a pandemic is telemedicine, or remote doctor visits by way of video conference calls. Ascoronavirus fears grow in Colorado, health-care suppliers and insurance companies are taking advantage of this option.

Just as long as they’re not involved in medical marijuana.

Dr. Peter Pryor has been operating a medical marijuana practice in Wheat Ridge since 2014, and this is the first time in six years that he’s performed car-side appointments. According to Pryor, Colorado law prevents him and other medical marijuana doctors from conducting appointments remotely, and that’s putting his staff and patients at risk.

“We see quite a few immuno-compromised patients, whether they’re taking steroids for an autoimmune disorder, they have cancer, or they’re just elderly. These are the same people coronavirus wants to attack,” he says. “As an emergency medicine doctor, I just figure I’m going to get this. But telemedicine could protect me from getting it, protect me from spreading it if I do get it, and protect my patients from getting it.”

The Colorado Medical Practice Act, a law that regulates much of the state’s health-care industry, allows practitioners to conduct appointments through telemedicine for non-emergency medical visits, and that includes physical exams. However, physical exams for medical marijuana, which are required for medical marijuana recommendations and extensions, are specifically barred from telemedicine, according to Colorado Department of Public Health and Environment regulations.

But all of these reasons haven’t stopped California, Connecticut, Maine, Nevada, New York, Pennsylvania and Rhode Island from allowing telemedicine visits for first-time MMJ patients, nor has it stopped seventeen other states (and Washington, D.C.) with medical marijuana programs from allowing follow-up appointments via telemedicine.

“We started seeing patients car-side last week. They call in — we won’t let them in the office anymore — and then I go out and see them. I physically see the patient and talk to them while they’re in the comfort of their own germy car,” he says. “It has taken a lot of stress out, but I believe telemedicine is a much better option. That way, patients don’t have to even leave the house.”

Pryor says he’s written the CDPHE and Governor Jared Polis as the coronavirus spreads, urging that the governor issue an executive order allowing medical marijuana doctors to use telemedicine. And he’s not alone: Cannabis Clinicians Colorado, an organization for health-care professionals interested in medical marijuana, sent a letter to the CPDHE making the same request, as well as a memo to CCC members on March 12 asking them to send their own letters to the state.

“Even though our patients use cannabis to treat often serious debilitating and disabling medical conditions and symptoms, it remains a fact that medical marijuana evaluations are non-emergency medical visits. There are currently 81,893 cannabis patients registered with CDPHE. All of them need to renew each year. Why risk exposing them and the medical professionals who care for them to COVID-19 by requiring an in-person visit for a non-emergency?” the CCC’s letter to the CDPHE reads.

According to CDPHE spokesperson Ian Dickinson, the department is aware of the request to allow medical marijuana doctors to use telemedicine, and the request is under review with the CDPHE’s legal and compliance office. However, he adds, the CDPHE believes that the move would probably need to come from the governor.

“The registry has received several requests that we suspend the in-person examination requirement for medical marijuana and permit tele-health during the COVID-19 outbreak,” Dickinson explains. “We have been working on these requests, but were advised that any change would likely have to come from an executive order, because the requirement of an ‘appropriate, personal physical examination’ is in statute.”

While they await a move from the governor’s office, Pryor and other health-care professionals recommend that patients continue with their appointments while taking sensible precautions to protect their immune systems. Part of that, Pryor says, is taking a pause from smoking.

Update: This post was updated to include a statement from Governor Jared Polis’s administration.

What’s up With Weed Delivery in New York?

Discreetly Dank: ‘I Had to Stop Using Weed As an Emotional Crutch’

Do You Procrastinate When You Are High? – 3 Tips for Breaking That Bad Habit

What Do Cannabis Purple Stems Mean and How to Handle Them?